06-15-2022 – The online gambling world does not stand still, instead, it constantly evolves. We witness new games and innovations with each passing day, and this time, we have another breaking news for you. One of the most reputable game providers in the market, Play’n GO, has announced that it has released a new online slot game.

The new game is called Derby Wheel and it is an interesting mix of reel spinning and horse racing. There is plenty to uncover for the slot, but we can say that the goal is to get three Wheel icons on the reels. Once you do so, you will trigger the Bonus Wheel. The Bonus Wheel is where you can earn multipliers and the Horse Racing Bonus Feature.

What are the Details of the Game?

Now comes the interesting part of the game, the main features and the payouts. This brand new title will provide you with some exciting reel-spinning gaming experience. There are also some unique features to look forward to.

The Horse Racing icon is one of those, and it will take you straight to the Bonus Feature where you can watch a horse race. This is a beautifully designed 3D race that gives you four picks to choose from. Each of these picks has its own features.

As an example, should you choose No Bet, you can skip the race and you will earn a 40x multiplier. Next, you can also select the Win feature and try to guess which horse will win and you will have the chance to earn up to 800x your stake.

Furthermore, the game gives you the opportunity to pick Exacta. Here, you can choose who you think will be first or second in the race, and you can win up to 1,800x your stake. Finally, the last option is called Trifecta. Here, you will need to choose who will finish first, second and third. If you guess it right, you will win 2,800x your stake, which is just stunning. 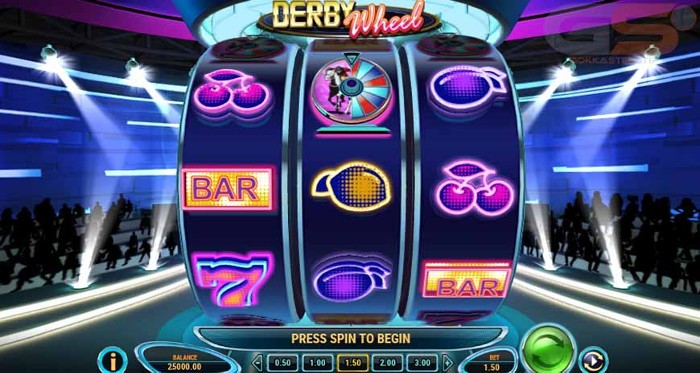 Excitement About the Release

From the above-mentioned, it is already evident that the game has some stunning features coupled with an amazing visual appeal. These factors will surely make Derby Wheel players’ favourite in no time. The 3D virtual horse race option is one that excites players and the developers at Play’n GO the most.

In that line, Charlotte Miliziano, who is the Head of Games at Play’n GO, used the company’s statement to say that they push themselves all the time when new games are in question. That is how the company has managed to evolve and reach the next level.

Miliziano adds that Play’n GO prides itself on being able to cater to different clients, operators, and punters. There is a big dedication to providing originality, details, and innovation in every new release. Derby Wheel is no different, as, with one click, you will be able to compete for some stunning prizes.

There is More to Come

As stated above, Play’n GO does not rest, instead, it makes sure to provide players with new and exciting games all the time. There is another title coming up that is called Lordi Reel Monsters. It is a game based on Mr. Lordi and his monster band, so you will fight with all types of monsters in your quest for eye-watering prizes.

The main feature of the game is the Monster Charger. This means that each winning symbol that you land on the reels will count as one charge. Should you collect 15, you will activate a monster, while collecting 40 will allow you to choose a different feature in the game.