Live casino enthusiasts have been waiting for months for the newest live casino game from Evolution: Monopoly Big Baller.

Months ago, Evolution’s Todd Haushalter told us that the company had big plans for 2022. There would be many new games on the market. And indeed wonderful games from Evolution have already been presented this year. We mention a few big releases: XXXTreme Lightning Roulette, Crazy Coin Flip, and Gold Bar Roulette. All of them are wonderful games.

Next in line is Monopoly Big Baller Live. Evolution announced on their LinkedIn page that the release date will be the 10th of August. To be honest, we can’t wait to try this live casino game.

Monopoly Big baller live is a combination of two of the most popular games from Evolution: Monopoly Live and Mega Ball. The game starts with 4 Bingo Cards and the ball machine that we know from Mega Ball. To spice up the game, multipliers appear on the Bingo Cards that become active when lines are completed that contain these multipliers. 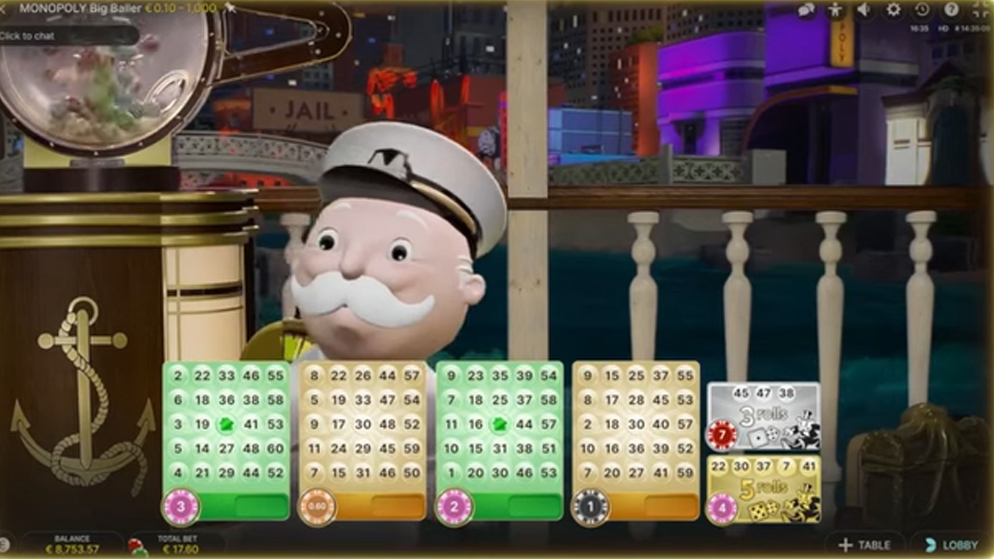 There are 2 additional cards that players can bet on, the 5 Rolls Card and the 3 Rolls Card. Completing these cards will give you the Monopoly Bonus Game. This Bonus Game is the same as the bonus game in Monopoly Live but with more rolls. The bonus game contains lots of big multipliers and is a very fun bonus to play.

According to Evolution, Monopoly Big Baller Live can first be played on the 10th of August. It is not clear at this time whether exclusivity has been given to certain online casinos to be the first to present this game. In any case, it won’t be long before every casino that works with Evolution will be offering this game in its Live Casino section.

We are definitely going to try the game and if it has the best of Mega Ball and Monopoly Live it will be a hit in many continents. Have fun playing this cool game.